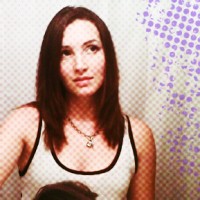 It’s time for another Blog Ring of Power interview! Welcome to Rebecca Hamilton, writer of Paranormal Fantasy, Horror, and Literary Fiction. She lives in Florida with her husband and three kids, along with multiple writing personalities that range from morbid to literary. She enjoys dancing with her kids to television show theme songs and would love the beach if it weren’t for the sand. Having a child diagnosed with autism has inspired her to illuminate the world through the eyes of characters who see things differently.

If you haven’t already checked out her interviews on the other BRoP sites, don’t miss them:

BRoP: Tell us about your route to success – how/when did you decide to go with Immortal Inc. Publishing? Did you query an agent first? How did you handle the editing, proofreading, cover design, etc.

Rebecca: Well, I AM Immortal Ink Publishing (along with my business partner, @RPKRAUL). I queried and came close with a few agents, especially those who sought me out after reading my work online. One agent really believed in my writing and said it reminded her of a client of hers that won awards, but that she didn’t think the pacing would hold up to today’s impatient readers. She referred me to another agent who didn’t get a chance to read before I ended up deciding to publish, but still showed a lot of faith in my writing and bought a copy of the book. I had close calls with 3 publishers as well (Harper Collins, Penguin, and Harlequin, all of whom contacted me after reading my work online as well). But I didn’t decide to go ahead and publish until after I addressed the concerns they’d expressed. After that, I met a few editors who were CONVINCED I would get a deal if I resubmitted, but I was just ready to move on. I had several editors go over the work and a copy editor and 3 proofreaders. That said, I wish I’d used more proofreaders. The first edition still had errors and it was embarrassing, but I believe I’ve since fixed them.

Rebecca: Stay true to your voice and style. Remember that other writers can help you, but they can also hurt what makes you unique and special. Thick skin has two meaning. 1) Being able to accept critique. 2) Not being so soft to critique that you change everything everyone ever suggests you do, even when it means flopping back and forth about something just to appease your current critique.

Also remember that critique partners are not the be-all-end-all. I love mine, but the truth is, most writers will never love your book because they would have written it differently, and to them, that means your book is flawed. Listen to what they have to say, because they may have something that can help you improve; at the same time, don’t put all your eggs in one basket. The trust test is READERS.

BRoP: What do you feel is the key to your success?

BRoP: Do you have anything specific that you want to say to your readers?

Rebecca: I love you! Thank you! I don’t deserve you, but for the love of whatever you believe in, I’m sure glad to have you!

BRoP:  What are your current / future project(s)?

Rebecca: Next out will be a historical paranormal romance novella that relates to the Forever Girl Series (but isn’t directly a part of it). Also book 2 in the series is under way, and there are some literary works that might come out sometime in the next decade…

Where can your readers stalk you:

Is your book in print, ebook or both? Both.

THE FOREVER GIRL: Sophia Parsons’ family has skeletons, but they aren’t in their graves… 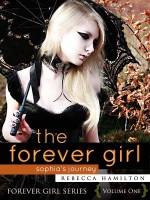 Solving the mystery of an ancestor’s hanging might silence the clashing whispers in Sophia’s mind, but the cult in her town and the supernaturals who secretly reside there are determined to silence her first.

As Sophia unknowingly crosses the line into an elemental world full of vampire-like creatures, shapeshifters, and supernatural grim reapers, she meets Charles, a man who becomes both lover and ally.

But can she trust him?
It’s not until someone nearly kills Sophia that she realizes the only way to unveil the source of her family’s curse: abandon her faith or abandon her humanity. If she wants to survive, she must accept who she is, perform dark magic, and fight to the death for her freedom.

Permanent link to this article: https://twfendley.com/brop-interview-rebecca-hamilton/