Return to Get my books

The Labyrinth of Time 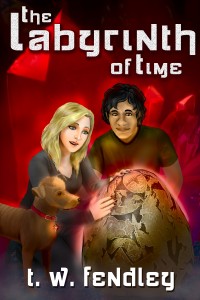 The Labyrinth of Time, my young adult contemporary fantasy set in Peru, is available online at:

And at these Missouri independent book sellers:

And libraries (NOTE: you can submit a patron request if your library doesn’t already carry it!)

CLICK HERE TO GO TO AUDIBLE PAGE WITH SAMPLE OF AUDIOBOOK 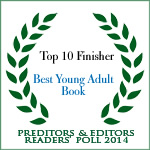 PRAISE FOR THE LABYRINTH OF TIME

“BRILLIANT, IMPRESSIVE, EXCITING, AND HIGHLY ENTERTAINING!…T.W. Fendley creates a Masterpiece of storytelling in ‘The Labyrinth Of Time…Highly recommended to all fantasy lovers, who enjoy mystical and magical stories, combined with intrigue, and entertainment from beginning to end!” more

“…a thought-provoking, enlightening, and entertaining read all in one package, tailored for teens but holding the ability to reach through time, space and age groups for much wider audience. The Labyrinth of Time keeps its eye firmly on the bigger pictures of life – and that’s what makes it a stand out.”

“…A light but tightly-drawn YA fantasy that you can devour in one sitting.” more

“It reminds me of the books I used to love and read as a pre-teen and teenager that have stuck with me through the rest of my life (I still have most of them). The Labyrinth of Time is a keeper.” more

Cole Gibsen, bestselling author of the Katana series and Breathless–

“Twisting fantasy, realism, romance, and danger–Fendley tells a story sure to leave readers hanging on to every word until the last page is turned.”

“Fantasy Novel Is One for All Ages…The Labyrinth of Time is an absorbing fantasy novel, a clean read suitable for adults as well as teens…”

“A fantasy so real It makes you believe…”

“Fresh and clever storyline with fantastic characters…This is a Teen/YA fantasy novel with a native/ancient American culture influence. The story is fresh and unique…”

Can Jade restore the Firestone’s powers

before the First Men return to judge humanity?

Spending spring break in Peru with her grandmother isn’t sixteen-year-old Jade’s idea of fun. She’d much rather be with her friends at Lake of the Ozarks. Then she meets Felix, a museum director’s son. Jade discovers only she and Felix can telepathically access messages left on engraved stones in the age of dinosaurs.

Following the ancient stones’ guidance, they enter the Labyrinth of Time and–with a shapeshifting dog’s help–seek a red crystal called the Firestone. But time is running out before the First Men return on the night of the second blue moon.

Prophecy from the Peruvian Elders

My thanks to author/illustrator Jennifer Stolzer for her cover illustration, which gives readers their first glimpse into the Labyrinth!

Permanent link to this article: https://twfendley.com/get-my-books/the-labyrinth-of-time/

The Labyrinth of Time: Excerpt

“ Those were her eyes, the eyes of the woman from his vision. Grandfather was right to honor the prophecy; the Daughter of the Moon was here. “ Prologue May 31, 1969 Respect your body’s wisdom. He’d probably been told that every day of his eighteen years, yet One Reed’s racing heart simply puzzled him. …