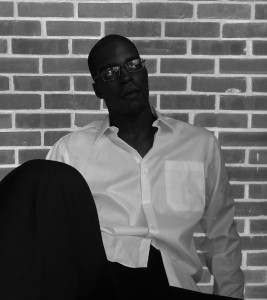 Welcome to Michael Anthony, this week’s Blog Ring of Power guest. Michael grew up in the suburbs of Virginia. As the middle child, everything requiring electricity or batteries was either hogged by the oldest or begged for by the youngest. All too familiar with boredom spawned from idle thumbs, he found adventure in the plethora of novels, encyclopedias, and maps found on the bookshelf. It was during his journey through those shelves that he discovered The Canterbury Tales by Geoffrey Chaucer and The Giver by Lois Lowry.

From that day to this, Michael has had a love for great stories, fascinating characters, and travel. He hopes to see every corner of the world someday, and when he finishes down here, he has his eyes set on the moon. He is currently studying history at a local college while he chases his dream of becoming one of the greatest writers of his age.

Don’t miss the rest of his BRoP interview at:

Vicky — Parts One and Two

Tell us about your new book and when it is out? Where can people purchase it? My Best Friend Death is a roller coaster of a tale that takes place in a small town in Utah. It’s about a teenager named Damien Crown who dies, but wakes up to find himself in a new body— with Death as his life coach. It was released June 8, 2014, on Amazon.

Is there anything new, unusual, or interesting about your book? How is it different from other books on the same subject? My Best Friend Death differs in many ways. At its core, it IS a dark novel, but the path it takes to get there is light-hearted and littered with humor and lovable characters. There are twists at every turn, and I’m sure this book will keep you guessing to the very end. Also, not only do you get to meet Death, but you get to meet Life as well. How many other books can boast that?!

What was your favorite chapter (or part) to write and why? My favorite chapter would have to be the mudball fight between my main and secondary characters. It was such a joy to write, and I was really able to cut loose and have fun with it.

There is another chapter that I love equally as much, but it didn’t make it into my story. One of my characters LOVES Kingdom Hearts. He goes to a Halloween party, drinks too much spiked punch, and starts beating up a ninja with a foam keyblade. Anyone who has played Kingdom Hearts know why that’s so awesome!

Did you learn anything from writing this book and what was it? I learned a lot about myself over the course of writing this book. I was able to come face to face with my fear of being a one book novelist and cut it off at the knees. I learned that I was a novelist, in it for the long haul.

If you had to do it all over again, would you change anything in this book? Probably not, but I go back and forth with how I ended the novel. Can’t say much more than that.

Tell us about your book’s cover – where did the design come from and what was the design process like? My book cover was designed by the awesome Annette Tremblay aka Midnight Whimsy. She did a fantastic job, and I couldn’t be happier with my cover. The design process was fairly simple. I filled out a detailed questionnaire about my novel, including the synopsis, tagline, and links to other covers I like/disliked. From there, the magic was all hers. She sent me three concepts (mockups) for different cover designs, and I picked one. Between my critiques and her artistic vision, we (but mostly she) produced the cover before you.

Is your book in print, ebook or both? Ebook only. 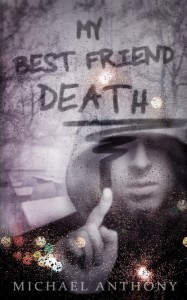 MY BEST FRIEND DEATH: Damien Crown devotes his life to being his brother’s superman. Like all heroes, he’s locked in a deadly war with a formidable foe—his brother’s depression. Instead of perishing in a climactic battle as comics suggests, he dies at the screech of tires and the blare of a car horn. But in those last precious moments, he regrets not taking off the cape and living his own life.

But those regrets don’t last long when Death becomes his life-coach.

Given a new body and one more year to live, Damien seizes the opportunity to reinvent himself. Forbidden by Death from making contact with his old family, he knows the trek will be hard, but he’s happy to leave behind the pressures of his old life.

Until his brother attempts suicide.

Now, the only way to save his brother is to break Death’s rules. With a life any kid would kill for, Damien finds himself stuck between who he was, and who he wants to be. He can don his cape and die for his brother, or hang it up and finally live for himself.

You can find MY BEST FRIEND’S DEATH on Amazon!

Permanent link to this article: https://twfendley.com/brop-interview-michael-anthony/