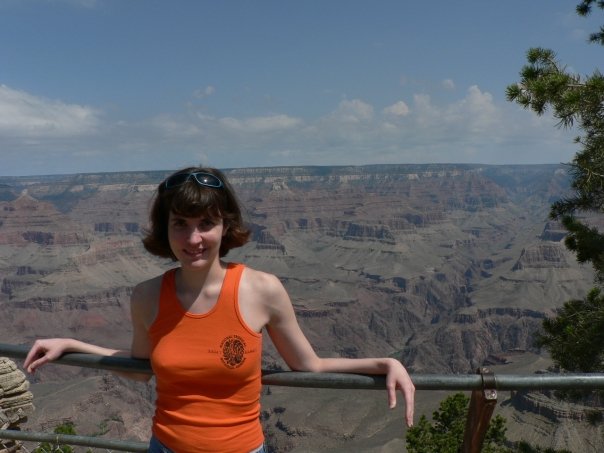 Welcome to this week’s Blog Ring of Power guest, LAUREN JANKOWSKI. Lauren has been an avid reader for most of her life. She holds a B.A. in Women and Genders Studies from Beloit College. Aside from fiction, she has also dabbled in non-fiction, writing for sites like “The Next Family” and “Planet Fury.” She keeps a blog at Blogspot entitled “The Life and Times of a Writer.” She has been writing fiction since high school, when she noticed a lack of strong women in the popular genre books. When she’s not writing or researching, she enjoys reading (particularly anything relating to ancient myths) or playing with her dogs. She also participates in activism for asexual visibility and feminist causes. Her debut novel was Sere from the Green, the first volume in The Shape Shifter Chronicles.

Tell us about your new book and when it is out? Where can people purchase it? My new book is Through Storm and Night and was released in July.  After that, From the Ashes (the third novel in my series) will hopefully be ready sometime in October.  Through Storm and Night picks up where my first novel, Sere from the Green, left off.  The prophesized Four are still looking for the Key.  A mysterious face from the past turns up and the mystery deepens.  The Four are plunged into dangerous situations as new enemies begin to emerge.  There’s a small oversight in their history that might prove to be their undoing. Through Storm and Night will be available on Amazon. I think you can also look it up on Barnes & Noble, which seems to be a part of Amazon now.

Is there anything new, unusual, or interesting about your book? How is it different from other books on the same subject? Like my other novel, this one also has a lot of nods to classical mythology I think people will enjoy.  I also enjoyed exploring the idea of the importance of history. 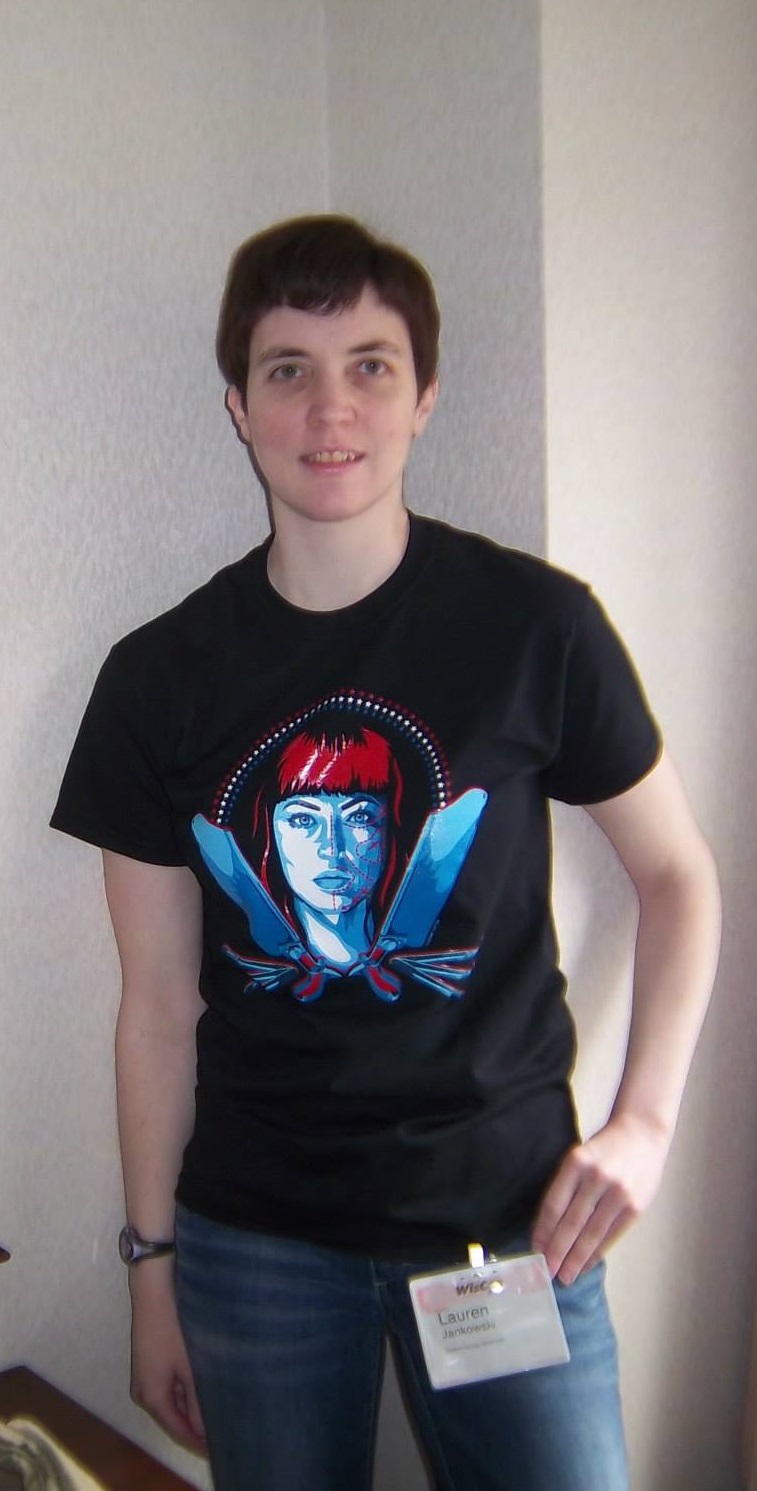 What happens when we just assume things about our past without really thinking about it?  It also briefly touches on the importance of language.  As usual, strong women are front and center, which is something that is still largely absent from the fantasy genre.  Another thing that sets my work apart is the adoptees.  Two main characters are adoptees:  Isis and Alex.  I’ve done my best to provide an accurate depiction of the adoptee experience (based partly on my own experience).  For example, even though Isis meets her biological mother, she never calls her “Mom”, which a lot of non-adoptees would likely question (our society still tends to favor genetics when it comes to parental terminology.  It is strange how so many people come down on the nature side of nurture vs. nature when it comes to adoption).Another thing I think sets my books apart from others is that the shape shifters are revealed to be mostly polyamorous.  When I was planning these books, I was thinking about what it would be like if we were less hung up on sex and relationships.  What if polyamory was more common than monogamy?  I’ve put a lot of time and effort into crafting the culture of shape shifters and guardians.  What interested me was that even though they don’t have as many hang ups as humans (in regards to identity, gender, sexuality, and other –isms), they are far from perfect.  The guardians, for example, adhere to their ancient customs and traditions so strictly that they have become a bureaucratic nightmare.  Some of what happens in the second novel could have easily been avoided/prevented had the guardians just been a little more flexible.

What was the hardest part of writing this book? Without a doubt the hardest part of writing Through Storm and Night (aside from the four or five rewrites) was the portrayal of different relationships.  Like I mentioned earlier, I’m not good at writing romances.  Even though I don’t experience sexual attraction, I understand that for most people it’s a natural part of the human condition.  And when you’re writing a novel where one of the main characters is a woman in charge of the world’s passion . . .  well, you’re going to need to include sex at some point.When I was going through the rewrites, my inner perfectionist really came out.  Every word had to be just right, every scene had to be perfect.  I had to improve on my first novel.  I had to prove that I was just as good a writer as the next person.  I still have moments of doubt, of being extremely self-conscious, about being self-published.  It might be because I’m poor and need to be extra careful about where to invest (I have to sacrifice things like professional editing for marketing), but I feel like I have so much to prove and so much stigma to overcome.

What was your favorite chapter (or part) to write and why? Anytime I got to write a scene with rebels in it, I was a very happy writer.  I think the Rebel Lair is the best thing I’ve ever thought up.  The Lair is introduced in chapter five (an incredible fun chapter, writing-wise).  It’s a sanctuary for all supernatural and mortal species.   The Lair is a renovated hotel, owned by the rebels, and patrons are allowed to enact their fantasies and desires.  All the rooms have a different theme, some sexual and some not.  There’s a 20s room where people can dress up in twenties fashions and have a small party or whatever else they want to do.  The main floor is a combination bar and dance club, which is what the rebels enjoy.  I really love the idea of a place where you can go and be yourself or fulfill your dreams/desires and not worry about being judged or labeled.  In that chapter, Alpha also mentions something about women being more suited to rebel because they have infinitely more to gain and much less to lose.  I don’t often like dialogue I write, but I really like that particular line.  Rebels might be a little bit of wish fulfillment on my part.

Did you learn anything from writing this book and what was it? I learn that I can’t write a driving scene to save my life.  My brother, who edited the book, must have laughed his ass off reading the few scenes that involved driving.  I don’t drive and so I guessed a lot.  Guess what?  I guessed wrong.  Very, very wrong.  I also learned muscle cars are nowhere near as large as I had assumed.Whenever I write a novel, I learn a little more about the literary striptease.  You never want to give too much away, but you also don’t want to reveal nothing.  I have a tendency to mistreat the reader and reveal nothing.  Then, without realizing it, I assume they know what I do.  My brother had to point this out to me a couple of times.  So while I think I did withhold some information in this book, I am getting better at revealing just enough.  It’s a learning process.

If you had to do it all over again, would you change anything in this book? There’s a character introduced in this book that is a really fascinating individual, but he doesn’t get a lot of dialogue.  If I could go back, I would probably use him a little more.  So much happens in this book that he kind of gets forgotten.I also really love my villain and I can’t wait to bring him out even more.  He only has a small scene in this book, but I think it’s a good one.  I wanted him to play a bigger part, but it just didn’t work.  He’s one of those characters that works best when used sparingly (less is more).I get carried away with my kickass heroines that I sometimes forget their male allies, which I suppose is better than the other way around.  There are so many characters in my series and I think they’re all interesting, but man alive is it hard to juggle them sometimes.  I once told someone I know that one day I’m just going to snap and go on a character killing spree.

Is there a message in your novel that you want readers to grasp? When I became an author, I wanted strong smart women to be the main characters in my books to show women were every bit as good as their male counterparts.  In this book, a few women screw up (some more than others) and I think that’s okay.  They’re not perfect.  Women are allowed to make mistakes and they’re still strong and badass. Another message is to learn from history.  Pay close attention, not just to what happened, but also who is telling the story and why.  Also, pay attention to the language being used.  The smallest oversight or mistranslation can potentially change the story.

Tell us about your book’s cover – where did the design come from and what was the design process like? Oh god, the cover. My wonderful brother also designed my cover (because he’s a special kind of awesome).  He came up with this incredible design that I loved. He even managed to create the symbol that is introduced in Sere from the Green and remains important throughout the series. After designing a beautiful cover, we uploaded it to CreateSpace and it looked fine.  I ordered a proof copy and it was too dark. The symbol had completely blended into the background and the two bars were completely different colors. So he had to go at it again.

Is your book in print, ebook or both? Both novels (Sere from the Green  and Through Storm and Night) will be available in print and ebook. 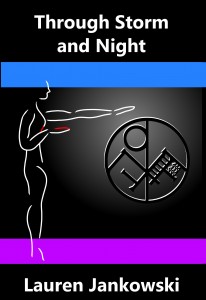 THROUGH STORM AND NIGHT (THE SHAPE SHIFTER CHRONICLES VOLUME 2): The Meadows is home to the guardians, a race of beings similar to the deities in ancient mythology. They watch over the Earth from their serene lands like the gods on Mount Olympus. For millennia, it has been peaceful. However, in the beginning, there was a great war. A war with Chaos: a war that is still remembered in the legends of guardians and shape shifters. More than five months have passed since Isis, a shape shifter/guardian hybrid and member of the prophesized Four, last saw Coop. The Four are still no closer to finding the Key and their search has yielded nothing but more questions. The sudden and unexpected return of a face from the past, one long believed dead, plunges them even deeper into the mystery of the Key. Meanwhile, a powerful enemy begins toying with them. Who are the strange, scentless men in suits who can move impossibly fast? Who are the strange shape shifters known only as “the glowing-eyes” and what connection do they have to the vanishing bodies? The answers may be found in the stories about the War of the Meadows, but a small oversight in the legends may prove to be the shape shifters’ undoing.

Permanent link to this article: https://twfendley.com/brop-interview-lauren-jankowski/