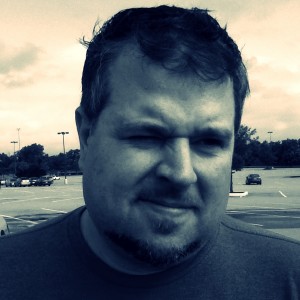 Happy Thanksgiving! Today I’m thankful for the opportunity to introduce you to Jason Jack Miller, who I met via Heidi Ruby Miller (more about that connection later).

Jason hails from Fayette County, Penn., as in, “Circus freaks, temptation and the Fayette County Fair,” made famous by The Clarks in the song, “Cigarette.” He is a writer, photographer and musician. An outdoor travel guide he co-authored with his wife in 2006 jump-started his freelancing career; his work has since appeared in newspapers, magazines, literary journals, online, as part of a travel guide app for mobile phones, and in a regular column for Inveterate Media Junkies.

He wrote the novels Hellbender and All Saints during his graduate studies at Seton Hill University, where he is now adjunct creative writing faculty. In 2011, he signed a multi-book deal with Raw Dog Screaming Press. When he isn’t writing he’s on his mountain bike or looking for his next favorite guitar. He is currently writing and recording the soundtracks to his novel, The Devil and Preston Black, and writing his next novel, The Revelations of Preston Black.

Don’t miss the rest of Jason’s BRoP interview at:

BRoP:  When and why did you begin writing?

Jason: There are more than a few writers who knew very early on that they only ever wanted to write. They excelled in high school English and nurtured their craft—submitting poems and stories, working closely with mentors in college—before becoming writing professionals.

My path looked nothing like this. In college I drifted from major to major like an iceberg toward warmer waters, my only real passion being my summer job. Working as a white-water raft guide was more than a way to meet girls and collect a paycheck. Floods and thunderstorms, snakes, treacherous mountain roads, and a cast of characters straight from the bad and ugly sides of The Good, The Bad, and the Ugly provided me with a wealth of experiences no college degree could.

So when I ended up in Florida with the girl I loved and the mountains still whispering in my ear, I decided to start putting those stories and experiences on paper.

BRoP: Tell us about your early works—what was the first thing you ever wrote?

Jason: When I realized that my stories wouldn’t ever mean a thing to anybody besides myself, I created Henry Collins as a way to fictionalize them. And when I realized the stories needed more than just a character to bind them together, I created a plot that used my rafting experiences as a catalyst for something bigger. My first novel, White Road, told the story of how Henry’s guilt over an accidental drowning led him to the Maya ruins of eastern Mexico in search of a place to lay down and die. Instead, he found a girl and a reason to live. I’m reworking parts of this novel for a late 2013 release. All Saints, the new title, is a magical realism/dark fantasy Wizard of Oz in Yucatan. It makes me very happy to be able to keep this concept alive.

BRoP: When did you first consider yourself a professional writer?

Jason: Way back in 2005, my wife, Heidi, and I wrote a travel guide for Avalon Travel Publishing. The advance alone was enough to get us into the Authors Guild, which I thought was a mighty lofty pinnacle to have reached. But a nagging itch kept me from enjoying my status as a professional writer. I felt like I needed to be legitimized by the fiction community. So after I earned my master’s degree in Writing Popular Fiction, I spent years writing and querying.

When Amazon and Create Space made the opportunity to self-publish easier, I weighed my options and figured readers would help me prove the agents wrong. But preparing my books for publication consumed me to the point where I was spending thirty-five hours a week on formatting, proofing, covers, trying to line up cover blurbs, blog tour stops and reviews. Being in the book day in, day out changed my focus and perception, and this—not the degree or the advance from the travel guide—made me a professional. I suppose in the end it’s a bit ironic that the money or the legitimacy didn’t change me, it was the totally new lifestyle I’d jumped into. And my new perception and work ethic made it easy to work with Raw Dog Screaming Press, the publisher I met while hawking my self-published novel at a literary festival.

Still though, when I get a review like the one I got from PopMatters.com recently, it still seems a little like it’s happening to somebody else. When a reviewer writes, “HELLBENDER lives up to its billing and that’s no easy feat, considering how the last paragraph on the back cover reads…” It’s hard not to forget professionalism, and let out a little whoop.

BRoP: What books have most influenced your life?

Jason: My influences reach the far and wide ends of the literary spectrum, which may explain why my own books don’t fit very neatly within a particular genre. The biggest books that influenced me as a kid were Stephen King’s The Shining and It, Tolkein’s The Hobbit and a few of Margaret Weis and Tracy Hickman’s Dragonlance series.

When I got into college my ideas got bigger, so I needed bigger books. I enjoyed On the Road, but loved Kerouac’s Dharma Bums. There was a magical element in there I couldn’t quite put a finger on. Because of my intense interest in travel and travel writing, I found Gabriel García Márquez. I don’t know if I’ll ever read One Hundred years of Solitude again, but in it I found more of the magic Kerouac had hinted at. The level of magic in my own writing falls somewhere between that found in Sherman Alexie’s Reservation Blues and Neil Gaiman’s American Gods. So they are the guys who affect my writing as much as, if not more than, any other.

It would be disingenuous not to discuss the influence music has had on my writing. For example, I’ve picked up some things from the lyrics of Dave Matthews and John Lennon. They both have a gift for manipulating phrasing and tempo that I try to emulate. From musicians, in general, I learned that passages in a novel should rise and fall like different tracks on an album, and in some ways, think about the parts of a novel as if they were parts of an album.

Wait, It Gets Worse

Jason:  As much as I like the magic and wonder of the unknown, love is always a theme whether it’s a romantic love or a familial love. I enjoy seeing a relationship grow when challenged by external forces, especially dark forces. I’d say in both Hellbender and in The Devil and Preston Black love is the only thing my characters have to hang onto when things are at their worst.

In my experience, without love, nothing else matters. It’s the best motivator, the greatest grail, and it’s a theme that will be around forever. 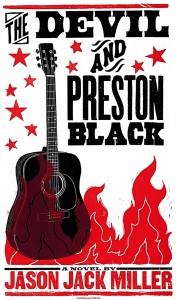 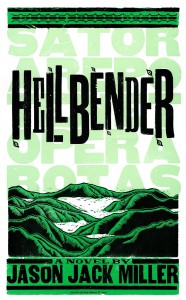 HELLBENDER: Although the Collins clan is steeped in Appalachian magic, Henry has never paid it much attention. But when his younger sister dies mysteriously Henry can’t shake the feeling that the decades-old feud between his family and another is to blame.

Strange things are happening at the edge of reality, deep in the forests and mountains of West Virginia. Let Jason Jack Miller take you to a place where love is forever even when death isn’t, where magic doesn’t have to be seen to be believed, where a song might be the only thing that saves your soul.

Permanent link to this article: https://twfendley.com/brop-interview-jason-jack-miller/