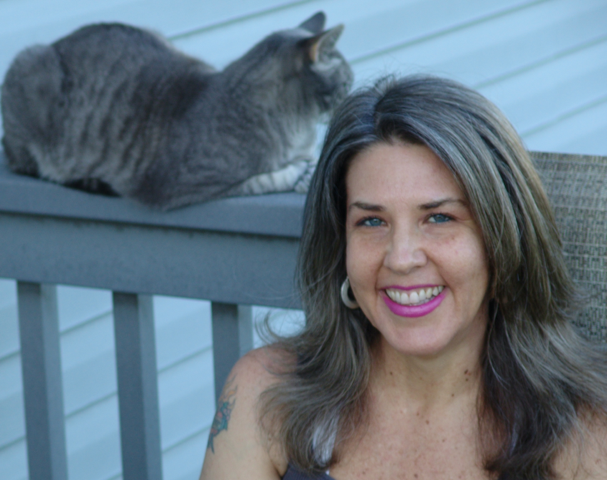 Welcome to HEIDI GARRETT, this week’s Blog Ring of Power guest! She was born and raised in Texas, lived more than a decade in Southern California, and now she resides in Spokane, WA, with her husband and their two cats. So far, she loves the snow.

Don’t miss the rest of Heidi’s interview at:

BRoP: Tell us about your new book and when it is out?

Heidi: NANDANA’S MARK was released on Aug. 14, 2012. It is my debut novel and Book One in THE QUEEN OF THE REALM OF FAERIES series.

BRoP:  Where can people purchase it?

Heidi: It is available on Amazon.com, BarnesandNobles.com, iBooks, and Kobo.com.

BRoP:  Is there anything new, unusual, or interesting about your book?

Heidi: It is a female-centric YA epic fantasy.

BRoP:  How is it different from other books on the same subject?

Heidi: The main character’s mix of faerie and mortal blood defines her experience in the Realm of Faerie. It also fuels the plot.

BRoP:  What was the hardest part of writing this book?

Heidi: Winnowing the plot. Choosing the main character and point of view.

BRoP:  What was your favorite chapter (or part) to write and why?

Heidi: My favorite chapter to write was: A Serpent’s Tail. Melia’s older sister, Melusine was the main character in an earlier draft. While I chose to let her two younger sister’s take center stage in the final manuscript, I had really enjoyed writing from Melusine’s point of view. Her two chapters in NANDANA’S MARK were the last ones I wrote for the book. I really enjoyed the humor that came through. Embarrassingly, I have gone back to read the chapter several times, and each time it cracks me up. I have been told that I am zany in real life and I do love a dry wit. I felt like I captured some of that as Melusine deals with the dilemma of her weekly transformation.

BRoP: Did you learn anything from writing this book and what was it?

Heidi: Because I completely rewrote the book three times, I feel like I learned everything I know about crafting a novel from writing this book. And the most important thing I learned was: Write your blurb or synopsis first. If you can sit down and write a one or two paragraph description about your book before you start writing it, you’re good to go. If you can’t, your plot probably isn’t tight enough. You can start writing, but it is likely you will end up doing more revising than you want to do.

I don’t recommend rewriting a book several times. At the same time, nobody could have convinced me that having a brief description of the story at the beginning would have meant I had already worked through the critical plot elements.

BRoP:  If you had to do it all over again, would you change anything in this book?

Heidi: At this point, I would say no. But I am still very close to when it was published. That will be an interesting question to answer in a few years.

BRoP:  Is there a message in your novel that you want readers to grasp?

Heidi: Mostly I want my readers to enjoy the story. But if they pick up on the underlying themes surrounding the evolution of consciousness that would be great, too. I believe recognizing the dark and light aspects within our own psyches is a critical part of that evolution. For whatever reason, seeing the darkness in others is not as challenging as recognizing it within ourselves. But in doing that, we become more whole. The beauty of an evolved consciousness is spiritual.

Years ago, I watched Spike Lee’s movie MALCOM X. The move is about the evolution of Malcolm X’s psyche. It is clear by the movie’s end that his assassination was a tragedy greater than the death of an individual. It was the assassination of an evolved consciousness. The enlarged world view Malcolm X gained by living through extreme experiences was a thing of great spiritual beauty. His early death was humanity’s loss.

In that vein, there are things that only time and age can bring to consciousness. When we are young, perhaps we see our elders as uncool. Yet we cannot fathom the forces that will shape our own adulthood. My relationship with my maternal grandmother was one of the most powerful relationships in my life. Hopefully, Melia’s relationship with Flora presents a model of bonding across generational lines.

BRoP:  Is your book in print, ebook or both?

BRoP:  Please let us know where can your readers stalk you:

NOW, about that giveaway…

Do you love faeries and pixies?

Do you love faerie tales, fantasy and magic?

Then enter to win a copy of the new adult novel NANDANA’S MARK, book one in the Queen of the Realm of Faerie series and the debut novel by author HEIDI GARRETT.

What do you have to do?

Just fill out the rafflecopter form at the bottom of Sandra Saidak’s blog for your chance to win. The giveaway is open Oct. 8 through Oct. 12, and the winner will be announced on Monday, Oct. 15, via the participating blogs, Facebook and Twitter. 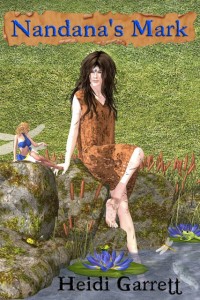 NANDANA’S MARK: A contemporary faerie tale in a magical world…

Melia has always wanted to fly, away.
From her two sisters, who’ve found their place in the Enchanted World, despite being half-faeries with no wings.
From her mother, the full blooded faerie who practices black magic, and weeps every night when she thinks her daughters aren’t listening.
But mostly from her father, the mortal druid who broke his faerie troth, and lives to reunite with Melia’s mother. He believes incarnating Umbra—the one entity everyone in the Enchanted World fears—will give him the power to return to the Realm of Faerie.
But Melia comprehends the horror of Umbra far better than her father ever will.
Umbra seduces.
Umbra corrupts.
And Umbra destroys.
When her best friend—a pixie named Tatou—urges Melia to turn to the mysterious Illustrator for help, she gives Melia the courage to challenge her father.
As secrets are revealed and a family’s dark legacy spins out of control, Melia’s wish to fly comes true.
It’s just not quite what she expected.

Permanent link to this article: https://twfendley.com/brop-interview-heidi-garrett/