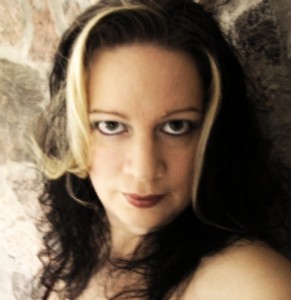 Today I’m pleased to welcome speculative fiction writer DARKE CONTEUR as my guest. She’s the author of THE WATCHTOWER and UNDER THE COVER OF WICCA. Those who frequent Agent Query Connect (AQC) will find Darke there.

This is Part 5 of our Blog Ring of Power (BRoP) interviews, so if you haven’t already checked out the other sites, don’t miss them:

BRoP: Tell us about your route to success – how/when did you decide to self-publish?

Darke: I decided to self-publish this series simply because I knew how difficult selling a series is to agents. Plus, the first book The Watchtower, isn’t very long.

BRoP: How did you handle the editing, proofreading, cover design, etc.

Darke: I pay someone to do all that. I’ve found some wonderful people who don’t charge a lot.

BRoP:  What are the most important elements of good writing?

Darke: I’ve always said that writing was a two factor process. There’s the mechanics of writing, and the storytelling. You must have a good grasp of both if you want to be a good writer.

Darke: Just to keep writing. You don’t pick up an instrument and expect to play a concert hall after a couple months, new writers shouldn’t expect to get good right away either.

BRoP:  What are your current / future project(s)?

Darke:  As I said, there is book three Of Covens and Packs, book four Call of the Siren, but I also have an outline for book five and book six. I also have a spin-off novel with different characters, but an important part of the overall story. I call it my BIG novel because so far it’s the longest one in the series. It’s called The Saints of Belvedere Road, and I’m hoping to bring it out after book six.

BRoP:  Is your book in print, ebook or both?

Darke:  Right now, both are only available as ebooks, but I am planning on doing print versions in the future.

BRoP: Please let us know where can your readers stalk you: 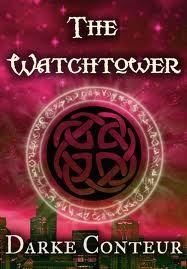 His first day of work wasn’t what Martin Cunningham expected. A sultry boss, a classy receptionist, the drama-queen foreigner, and a painfully shy techie who prefers hiding to human interaction, was the oddest group of characters he’d ever met. When an assassination attempt is made against his new boss, Martin comes face to face with the stuff of nightmares.

Now he and his new co-workers must race to prevent another attack, but where do they start? There’s very little to go on, and the only solid piece of evidence escaped through the u-bend in the toilet. By the end of the day, Martin becomes one of the privileged few who really understands what lies in the shadows, and what it means to work in THE WATCHTOWER.

UNDER THE COVER OF WICCA

Victims of ritual sacrifices are showing up in one graveyard, and sixteen-year-old sensitive Janet Weiss is the only witness the police have.With Janet’s safety in question, Jezryall enlists the help of Rowan, a Wiccan Priestess and old friend. When followers of dark magic kidnap Janet in a brazen daylight attack, Jezryall and her team make a stand against the continuing threat.The balance between good and evil is being methodically destroyed, and Janet’s unintentional witnessing of the latest ritual may not be by accident. Jezryall and her staff must rescue the teen and stop the culprits before the balance of power is tilted more in favour of evil.Failure is not an option, or Janet’s soul won’t be the only one condemned to Hell.

BRoP: Darke, on behalf of myself and the other members or our Blog Ring of Power, thank you for your interview. It’s been fun getting to know you!

Permanent link to this article: https://twfendley.com/brop-interview-darke-conteur/