How to safely view 6/5 Venus transit 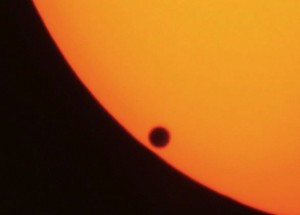 The last transit of Venus in this century will be visible in the U.S. today (June 5), with web coverage starting around 5 p.m. EDT. Online viewing options include:

A chart with local times for the transit across the globe are available at Astronomy.com.

EarthSky.org has a great explanation of why a Venus transit is so rare, including illustrations (at the bottom of the article).

Permanent link to this article: https://twfendley.com/venus-transit-today/