How I Became a Publisher…Accidentally on Purpose 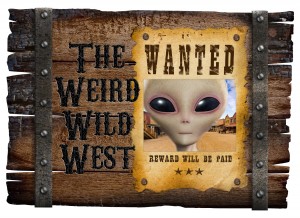 One of the things I swore I would never do was start my own press.

(Never make such claims. It is generally the most certain way to ensure that you eventually do whatever you say you’ll never do.)

Having worked in the publishing industry for over twenty years as a career taught me all the various headaches that come with publishing books. However, absorbing all that knowledge and doing virtually every job there is in the industry pretty much meant it was bound to happen eventually. At least I’d gathered a wealth of knowledge beforehand. Now I have only half as many mistakes to make on my own.

This doesn’t tell you how I became a publisher, though.

Earlier this year I ran my first Kickstarter. It was for a little personal project called Eternal Wanderings, a continuation of my Eternal Cycle series of Irish myth-based novels (you can learn more here if you are curious: http://kck.st/1tv0cq7) The campaign was successful and the book needed a brand, an imprint to serve as a foundation. Thus eSpec Books (www.especbooks.com) was born.

A few weeks after the campaign completed I received an email from my friend, Misty Massey. She remembered that I work for Dark Quest Books (www.darkquestbooks.com) and was hoping they would be interested in a project for which the original publisher had fallen through. That project was to become The Weird Wild West. Unfortunately Dark Quest had a full schedule through 2016 and Misty and her co-editors, Emily Lavin Leverett and Margaret S. McGraw, didn’t want to wait so long to see their vision become a reality.

When I saw how disappointed they were I found myself saying…If you don’t mind taking a chance on a brand-new press, but with plenty of experience, eSpec Books could help you out.

We hashed out the particulars and the rest, as they say, is history!

Being a new press, with little capital, this fun, quirky collection—a speculative fiction/western mash-up, is being funded through Kickstarter, which in effect, allows us to take pre-orders: http://kck.st/1udizgM.

In addition to some pretty fantastic pledge rewards there are a bunch of stretch goals that are pure gold…all donated by our esteem contributors. Speaking of which…

And, because we are optimistic that way, if we raise enough funds there will be a second volume, for which the editors already have commitments from Faith Hunter, Barb Hendee, Devon Monk, Nicole Givens Kurtz, Charles E. Gannon and Laura Anne Gilman.

But it’s not just about the known talent. Both eSpec Books and the editors are very dedicated to giving new authors a chance. To this end the first collection will have a minimum of four open submission slots, with two additional slots to be added if we hit the appropriate stretch goals. If we unlock a second volume, that will have open-submission slots as well. Submission guidelines can be found at the bottom of the Kickstarter campaign page.

Won’t you help us make this dream a reality? Back, share, or like…it all helps: http://kck.st/1udizgM.

ABOUT THE PUBLISHER
Award-winning author Danielle Ackley-McPhail has worked both sides of the publishing industry for longer than she cares to admit. Currently, she is a project editor and promotions manager for Dark Quest Books and has started her own press, eSpec Books.

Her published works include five urban fantasy novels, Yesterday’s Dreams, Tomorrow’s Memories, Today’s Promise, The Halfling’s Court: and The Redcaps’ Queen: A Bad-Ass Faerie Tale, and a young adult Steampunk novel, Baba Ali and the Clockwork Djinn, written with Day Al-Mohamed. She is also the author of the solo science fiction collection, A Legacy of Stars, the non-fiction writers’ guide, The Literary Handyman, and is the senior editor of the Bad-Ass Faeries anthology series, Dragon’s Lure, and In an Iron Cage. Her work is included in numerous other anthologies and collections.

She is a member of the Garden State Speculative Fiction Writers, the New Jersey Authors Network, and Broad Universe, a writer’s organization focusing on promoting the works of women authors in the speculative genres.

ABOUT THE EDITORS
Misty Massey is the author of Mad Kestrel (Tor), a rollicking fantasy adventure of magic on the high seas, and Kestrel’s Voyages (Kindle DP), a set of stories following Captain Kestrel and her daring crew. Her short fiction has appeared in Rum and Runestones, Dragon’s Lure and The Big Bad II. Misty is one of the featured writers on Magical Words (magicalwords.net). When she’s not writing, she studies Middle Eastern dance and performs with Mythos Tribal and Chimera. You can see more of what Misty’s up to at her website, mistymassey.com or find her on Facebook and Twitter.

Emily Lavin Leverett is a fantasy, sci-fi, and (occasional) horror writer from North Carolina. Her works have appeared in Flash Fiction Online and Drafthorse: A Journal of Work and No Work, and will appear in Summer 2015 in Athena’s Daughters II from Silence in the Library. She also edits, with short story collections including The Big Bad: an Anthology of Evil and Big Bad II with John Hartness, from Dark Oak Press. She freelance edits as well. When not writing or editing, she also is a Professor of Medieval English Literature at a small college in Fayetteville. She teaches English literature including Chaucer and Shakespeare, as well as teaching composition and grammar. Medieval studies, especially medieval romance, heavily influence her work. When neither writing nor teaching, she’s reading novels, short stories, and comic books or watching television and movies with her spouse and their cats.

Margaret S. McGraw’s writing includes the daily prompt-writing blog WritersSpark.com, several short stories currently in circulation for publication, and two novels in progress: Mira’s Children is a YA science fiction adventure, and OceanSong is a fantasy begun in the 2012 NaNoWriMo challenge. Her imagination draws on her lifelong love of science fiction, fantasy, and anthropology. Her education and experience range from anthropology and communication through web design and IT management. Margaret lives in North Carolina with her daughter and an array of cats, dogs, Macs and PCs, and too many unfinished craft projects. For more details on her writing, follow Margaret on Twitter @margaretsmcgraw or visit her daily blog at WritersSpark.com.

Permanent link to this article: https://twfendley.com/how-i-became-a-publisheraccidentally-on-purpose/