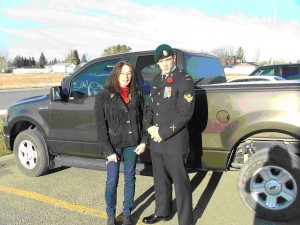 Welcome to Susan Curnow, our first Blog Ring of Power guest for 2013!

Don’t miss the rest of Susan’s interview at these sites:

Tell us about your new book and when it is out? Where can people purchase it?  “Games of Adversaries” is a story about contrasts. The easy answer is – who wouldn’t have fun writing a novel where you take an advanced space-faring telepathic race, and dump one of the protagonists into a medieval setting? You take the opposing point of views and the confusion of culture and wham! You have a story.

It is the subtext which is more difficult to answer. There are often misconceptions both about soldiers and war. Today it is 2012 where many people in western countries have no true idea about either. Children grow up in peace and plenty and have no concept of war other than via video games. Remembrance Day has to argue with Christmas decorations because, well, who wants to listen to old soldiers carping on about their exploits? Because people forget far too easily why they are living in peace and plenty. War to most people is the more insidious war on terror. 911, railway stations being blown up. But for the majority it doesn’t touch them.

And I might have been the same if my son hadn’t joined the military. I always had huge respect for my family members who were in WW2. I could never imagine what they went through, because so few of them truly talk about it. You only get to see the sanitized version on TV or movies. It is never reality, or rarely.So even though this novel was began before Rich joined up, it was always a subject which interested me. It also interested me how far a person would go to survive and how it might change them and those around them. And although “Games” is pure story, it questions some of those contexts

Is there anything new, unusual, or interesting about your book? How is it different from other books on the same subject? It takes some of our very deep-seated fears about who we are and lays them on the line.

What was the hardest part of writing this book? Putting characters through hell. Living it with them

What was your favorite chapter (or part) to write and why? The chapter where Yiahan rial Krais has fun disguising himself as a very arty-farty dancer with appropriate mannerisms and terrible accent. Because every novel needs its lighter moments.

Did you learn anything from writing this book and what was it? Every novel is a learning curve. Learning to weave not only subtext but sheer story in a manner that keeps it flowing and interesting.

If you had to do it all over again, would you change anything in this book? I would, I think, have made it considerably longer.

Is there a message in your novel that you want readers to grasp? Yes, but not a hit over the head one. The subtext is to make people think about PTSD (Post Traumatic Stress Syndrome) and why soldiers suffer from it.

Tell us about your book’s cover – where did the design come from and what was the design process like? My publisher designed the cover to show the contrasts within the story. Barbarian warrior below and a crashed spaceship above. The women on the cover represent what both men fight for. 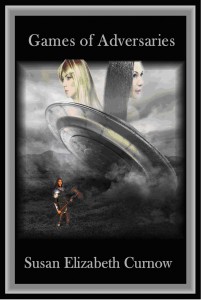 GAMES OF ADVERSARIES: Yiahan rial Krais dances for his god, while in another time and another world, Commander Marcus Oregada strives to save his folk.

Bereft of families, wives and children, no loved ones live to warn them: Beware the door slammed shut to escape inhuman violence, where memories amass like cobwebs, spun by he who spilled your blood.

For there will be a day of reckoning to sweep away reason and sanity.

To break you and divide you, never knowing it will bind you, as it twists and rends your lives to face the destroyer of souls.

Permanent link to this article: https://twfendley.com/brop-interview-susan-curnow/