End of the World Age celebration–Dec. 21 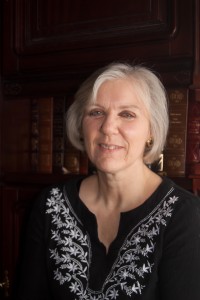 Welcome to Sue Bolich, this week’s Blog Ring of Power guest. I met Sue on Broad Universe, where she recently shared the news that she is battling cancer, and the medical bills are piling up.  Please help Sue and show your support by purchasing her novels as every little bit of financial help is desperately needed.

BRoP: Tell us about your new book and when it is out? Where can people purchase it?

Sue: Seaborn will be the third in the Masters of the Elements series. It is a total departure from a lot of fantasy epics, because there is no swords and sorcery-type magic. It’s all about the battle between talented human clans and the living elements they are tasked to control. In the case of Water, however, the journey is not about trying to figure out how to master Water, but to find out what she wants. Wind and Fire have been rebelling against Earth Mother. Is Water with them or against them, and why? Will she help save the earth or keep herself to herself and let her siblings do what they want? It’s been an interesting writing journey thus far. Seaborn will be out in Spring 2013 and you’ll be able to buy it anywhere.

BRoP:  Is there anything new, unusual, or interesting about your book? How is it different from toher books on the same subject?

Sue:I know people have written fantasy about elementals before but I haven’t read any of them so I’m not sure how they’re different. These books are different from most fantasy in that there is no “villain” or evil overlord or great quest McGuffin to recover in order to save the world. These books are full of people who must learn to work together against all their instincts and even their Mother-given talents in order to save the places and people they love. There are people to love and people to hate here, but no one is really out to dominate the world, only try to save it, rather stubbornly, in ways they think they understand and that should work. But sometimes they don’t, and that makes for a great and continuing source of conflict. Imagine Firedancers trying to work with Windriders, who can wave their hand and bring swooping in masses of the thing Fire wants most. Imagine Watermasters coming off their ships trying to understand landbound problems that have never applied to them before, but must be solved or everyone dies. I’m having lots of fun writing these, more than I expected.

BRoP:  What was the hardest part of writing this book?

Sue: Firedancer, the first book in this series, was written as a standalone. When my publisher asked to see some of my work, I sent it to her because it was the closest thing I had ready to go in the drawer at the time. But…she wanted series—at least three books. So, I had to find a way to spin out the storyline to encompass a much bigger arc engaging all of the Earth Mother’s elemental children: Fire, Wind, Water, and eventually the Mother herself. Tall order! Thank goodness my subconscious enjoys puzzles.

BRoP: Did you learn anything from writing this book and what was it?

Sue: It’s made me stop and listen to the world again, absorbing the sounds and smells and sights around me. I am basically creating four different societies by focusing each book on a different talented clan, and each is tied to the world in a different way. Finding names in the sound of water was…interesting.

BRoP: Is there a message in your novel that you want readers to grasp?

Sue: That the things you think are important aren’t usually the ones that are, and that reaching a greater goal is sometimes an exercise in getting over yourself.

BRoP: Please let us know where can your readers stalk you: 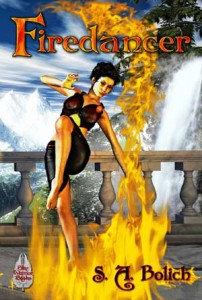 FIREDANCER:  What do you suppose that fire thinks about as it cooks your dinner behind its cage of containment stone? Jetta ak’Kal knows–but no one listens to a Firedancer who has failed to protect her assigned village from an assault by living flame. The Ancient, the strange, elemental fire imprisoned at the heart of the world, took her lifemate, her reputation as the most talented Dancer of her generation, and nearly her life. Now her clan demands she redeem herself, yet seem strangely indifferent to her insistence that the Dance itself that has always bound the Ancient seems to be failing. Assigned to Annam, a village with no previous experience of fire, Jetta and her new partner, Settak, find themselves battling the naive ignorance of the villagers, the hostility of arrogant Windriders whose mastery of air could kill them both with the flick of a finger, and occasionally each other as they struggle to find new and more powerful forms of the Dance. Pursued by fire crawling up through every crack, by a new love she does not want, and a nagging suspicion that there is more to her assignment than her clan bothered to tell her, Jetta must forge unprecedented alliances in this high and beautiful place before the Ancient breaks free–for if it does, there will no longer be anything left to fight for.
NOTE: Firedancer has made the short list for the EPIC eBook Award in the Fantasy category. 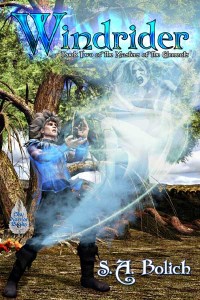 WINDRIDER: “Leave singing to the Hag to Fifth Ranks, lad, if you don’t want to end up a witless madman shrieking to the storm from a cell in the Tower of Winds.”
Good advice, all in all. Sheshan ak’Kal lives to regret that he did not heed it. Desperate to remember the windsong that once let him sing even the great storms off the sea to tatters, he forgets for one foolish moment of shared rage that Wind’s gentle sister is the angry, vengeful–and quite insane–Hag.
With the Hag stalking him across Metrenna, singing a wild, terrible note that only he can hear, Sheshan discovers that weaving torrents of living air between his hands is no longer enough to keep her at bay. For his clan, his life, and a fragile new love he has found with the most unexpected of women, Sheshan must learn a new song, and become what none of his people have managed in millennia–a Windrider indeed.

Permanent link to this article: https://twfendley.com/brop-interview-sue-bolich-2/