Listen to Your Mother event Jan. 24 at 6 North 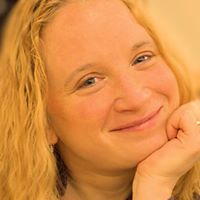 Welcome to RM Alexander, this week’s Blog Ring of Power guest. She is an author of Sweet/Clean Romances that are sometimes contemporary, sometimes paranormal or suspense, but are always ruled by the heart of true romance. With characters who look for love in wrong places and are victims of the worse kind of betrayals while fighting for what they want and believe in, RM’s novels promise a good read with unexpected twists and turns. When she’s not writing, RM is spending time with her husband and two small children in Michigan. She loves to travel, especially to Walt Disney World, and can often be found on Twitter or Facebook chatting with other authors and fans.

Tell us about your new book and when it is out? Where can people purchase it? Veil of Secrecy is available now on Amazon and will soon be available as an audiobook as well.

Veil of Secrecy is the story of a woman who is trying to escape the pain of a husband who died in the Afghanistan war. She travels to Montana to start over with some money left to her by family she didn’t know. When she arrives, she learns about a family heritage she couldn’t begin to imagine, and fights to survive the repercussions of that that heritage.

Veil of Secrecy is a paranormal thriller with romantic and mysterious elements.

\What was the hardest part of writing this book? The character Leonardo – he’s different: speaks different, acts different. He’s my favorite, but also a challenge to make sure he’s who is he in every line of every scene he’s in.

What was your favorite chapter (or part) to write and why? The scene where Rachel meets Leonardo for the first time. He doesn’t let her see him, so that made it a bit of a challenge because she couldn’t allow on what she saw to identify him. And there’s a lot of mystery in that too, so it was fun.

If you had to do it all over again, would you change anything in this book? At this point, no. Veil of Secrecy went through A LOT of changes from it’s conception. Characters were left on the editing floor, combined with other characters, morphed into something more than they were initially seen as. Scenes went through the same changes and the beginning of the book changed more times than I can count. Now, it’s what the story was meant to be. Hopefully, I just told it well enough.

Tell us about your book’s cover – where did the design come from and what was the design process like? Ah, the cover. That was actually harder than the story itself. I didn’t want a cover with humans or wolves, or tigers, anything like that. But that was all I knew at the start. I really liked some photos of misty mountains, but it wasn’t eye catching enough. A friend suggested something with red in it, found an image that was close to what she was thinking of, and my awesome cover designer took it from there. It was a lot of back and forth, but finally, we were able to get the image, and fonts, to work for the story.

Is your book in print, ebook or both? Ebook right now, will be in print this spring 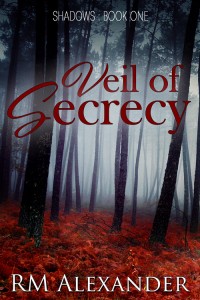 VEIL OF SECRECY: Rachel Brackett arrives in Sullivan, Montana with simple goals: relocate, settle an estate, and manage her own antique store. Her parents and friends back home called it running away. That’s just fine with her.

Rachel’s curiosity leads her into the forest, and she finds creatures who know more about her ominous heritage than she does. The creatures only exist in nightmares – grotesque mutants and shapeshifters. They seek vengeance for hideous crimes in genetic engineering, and Rachel is the prime target for retribution. While Rachel searches for the truth behind the family she never knew, a bounty hunter stalks her every move. Only Leonardo, a figure shrouded in the shadows, offers protection. A were lion with the perfect blend of human and feline features. Terrifying. Impossible. Alluring.

When Rachel’s home is ripped apart and a friend attacked, it’s clear there is no safe haven. She is no longer running from her past, but trying to survive to make it to her future.

Permanent link to this article: https://twfendley.com/brop-interview-rm-alexander/