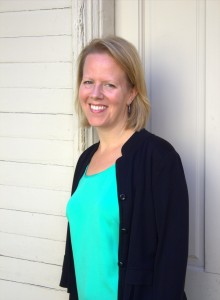 Welcome to Rebecca P. McCray, today’s Blog Ring of Power guest. Her debut novel, The Journey of the Marked, tells the beginning of the epic Miyran Heir story. Currently, she resides in the western US, but has lived in various locations across the US and UK. Her interest in cultural anthropology contributed to the myriad of species and backgrounds incorporated into her new world.

How long have you been writing? I started writing as a teenager, primarily poetry and short stories. While I took a break from writing for a period of time, I’ve been writing again since about 2005. All in all, I’ve probably been writing 20 years.

Tell us about your early works—what was the first thing you ever wrote? My imagination has always trended toward the dark. I could easily write horror, though it’s not a place where I like my thoughts to linger. However, some of my earliest poems and short stories reflect this darkness.

What genre do you write? I’m currently writing a YA sci-fi / fantasy series.

If you couldn’t be an author, what would your ideal career be? Scriptwriter, perhaps. I love crafting stories, but I think it could be just as much fun writing a movie or TV show. Alternatively, I’d try to make a career of studying cultures. I find it fascinating to understand how cultures develop traditions. I almost majored in cultural anthropology in college, but an unclear career path steered me in a different direction.

What is your writing process? Do you follow a regular routine? Do you use pen and paper or computer? Work at home or at the library/Starbucks, etc. I’m definitely not a “writing routine” kind of writer. I do try to write at least a little every day, but I tend to do most of my writing on the weekends, on a computer, and at home. However, outside of that, it varies quite significantly based on other life commitments.

When do you write? I’m a morning person, so I prefer to write first thing to start my day. On the weekends, this varies more significantly.

What has been the most surprising reaction to something you’ve written? Some of my readers have been downright upset when I’ve mentioned a no-named death in book two. It seems they’re already attached to certain characters, which is fantastic.

What is the strongest criticism you’ve ever received as an author? The best compliment? One criticism I’ve heard from a couple of readers was that point of view wasn’t always clear in book one, though didn’t detract from the story. I do agree it could be crisper and will be in book two. The best compliment I receive is when I hear people have recommended my story to others as I know they wouldn’t do that unless they really enjoyed it.

How do you deal with rejection and/or negative reviews? I’ve received a few reviews with constructive criticism. While I may not always agree, if the reader had that reaction, then I recognize there might be some truth to it. I’ll take it into consideration and if I think it will help the story, I may make changes as I’m working on subsequent books. 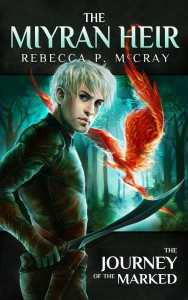 THE JOURNEY OF THE MARKED: On a distant planet, Eros thrives in the Human settlement he calls home. Raised to follow his grandfather’s noble footsteps, he studies the details of each species that co-exists here.
But when his sixteenth birthday arrives and he’s called to fight, his life changes forever. Forced to abandon his home and relentlessly pursued by savage hunters, he joins forces with others, including a scrappy, street fighter named Kenrya, who loathes the planet’s self-appointed rulers.

As Eros faces perils that test his training and push the limits of his resolve, he and Kenrya must put aside their differences and learn to work together to survive. Discover this epic, dystopian adventure where an individual’s unique abilities can change the course of the future.

Permanent link to this article: https://twfendley.com/brop-interview-rebecca-p-mccray/