Today I’m very pleased to introduce Janet Beasley, my guest for this week’s Blog Ring of Power interviews. I had the pleasure of meeting Janet and learning of our shared interest in fantasy during my ZEROTIME2012 virtual book tour. Don’t miss the rest of Janet’s BRoP interview:

I was born and raised in Beavercreek, Ohio, where I was a proud 1979 graduate of Beavercreek H 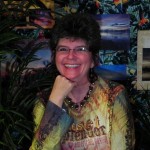 igh School. I now reside in central Florida and love hanging out together with family and friends for food and fun.

I’m an animal lover, with dogs being number one on my list. I love to travel. Discovering new places and meeting new people from other lands is always a thrill. I enjoy hangin’ with family – kayaking, hiking, photographing nature, and baking cupcakes.

According to those who know me, I’m outgoing, fun, very creative and always try to look on the sunny side of life. Now granted, some of these folks haven’t had the opportunity to catch me on a bad day. You know, like in my writer’s den, when I’m birthing ideas and trying to write them down as fast as they come to me it gets a little hair-raising and the dog looks at me with that “look” where they tilt their head and just stare at you like you’re crazy at the moment…which you are…but you don’t let them know that!

BRoP: How long have you been writing?

Janet: Since I could hold a crayon!

BRoP: When and why did you begin writing?

Janet: I’ve always been a very creative person. From my first day on the stage at age 5 I was enthralled with the whole production concept. I knew I could write stories and get my stuffed animals to play the parts I needed. Paper towel tubes, sheets, and grandpa’s double movie light bar all served as wonderful tools to aid my creative productions. When I got older, but not necessarily wiser, I was able to utilize my production talents from concept to completion. It was through this that I began writing down every idea that came to me…this time not for a production, but for an epic novel series.

BRoP: Tell us about your early works—what was the first thing you ever wrote?

Janet: The first thing I ever wrote was a small play that my sister and I put on for the family. We even set up the kitchen counter as a snack bar so the folks could purchase snacks during intermission. They were so kind to come to the snack bar and give us money for the food they’d already bought! Did I mention we’ve got a great family?

BRoP:. When did you first consider yourself a professional writer?

Janet: Professionalism struck when I saw my first magazine article published in a trade-specific magazine regarding live events and productions.

BRoP: What books have most influenced your life? 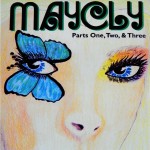 Janet: I’m a writer, not much of a reader. I prefer movies and theatrical productions – less interruptions, and I don’t usually fall asleep in the venues like I do holding a book. So I would have to say that my influential mecca consists of The Wizard of Oz, Lord of the Rings, Narnia (I did read The Lion the Witch and the Wardrobe AND saw the movie!), Harry Potter, and Avatar

BRoP: What genre do you write?

Janet: Epic fantasy with hints of Christian Sci-Fi/Fantasy thrown in the mix when it comes to my fictitious and new species of characters who thrive on good vs. evil.

Janet: Epic fantasy. There’s no other creative genius fun for me than creating new worlds, developing the maps in detail, and discovering what happens along the way…yes, I’m a pantster (writing by the seat of my pants) – not a plotter when it comes to writing. For m 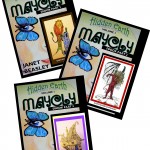 e, too much outlining stifles my creativity.

BRoP: If you couldn’t be an author, what would your ideal career be?

Janet: Are you kidding? This is a no brainer…my husband and I would be racing offshore boats! Yeah, the big, 60′ cat hauls that growl down the straight-aways, and are chased by their own medical staff in a helicopter.

Janet: The collector’s edition paperback is 744 pages. It contains all 3 parts, and includes over 70 b/w illustrations, maps, teaser recipes, family trees, and more.

BRoP: Please let us know where your readers can stalk you:
Website: http://www.HiddenEarthSeries.com
Blog: http://www.JLBCreatives.blogspot.com
Facebook page: http://www.facebook.com/AuthorJanetBeasley
Goodreads author page:  http://www.goodreads.com/author/show/5772933.Janet_Beasley
Twitter: @AuthorJanetB
Amazon:  http://www.amazon.com/Janet-Beasley/e/B0067AK386/ref=ntt_athr_dp_pel_2
Smashwords: N/A
Other: http://www.facebook.com/Maycly  (a page for fans to chat and post about the cool things of Maycly)
Ebooks: Each part is a separate ebook, sold separately through Amazon. Each ebook contains color illustrations, the map of Maycly, and corresponding back matter.

Permanent link to this article: https://twfendley.com/brop-interview-janet-beasley/