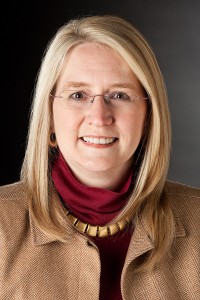 Welcome to Gail Z. Martin, this week’s Blog Ring of Power guest and fellow Broad Universe member. Gail’s newest book, Ice Forged: Book One in the Ascendant Kingdoms Saga (Orbit Books), launched in January 2013.  Gail is also the author of the Chronicles of the Necromancer series (Solaris Books) and The Fallen Kings Cycle (Orbit Books).  For more about Gail’s books and short stories, visit www.AscendantKingdoms.com. Be sure to “like” Gail’s Winter Kingdoms Facebook page, follow her on Twitter @GailZMartin, and join her for frequent discussions on Goodreads.

Don’t miss the rest of her five-part interview at:

What is your writing process? Do you follow a regular routine? Do you use pen and paper or computer? Work at home or at the library/Starbucks, etc.  I write at a computer, mostly at home unless I’m traveling for business, and I work on my novel-in-progress three days a week.  On a good week, I get about 40 pages of draft.

How do you balance writing with other aspects of your life? For many years, I had to write early on weekday mornings when my kids were little, or on the nights when it was my husband’s turn to put them to bed.  It was tough when I was working in corporate, and progress on the books moved slowly.  In 2003 I started my own business, and now I have more control over my schedule, so that really helps.

When do you write? Usually Mondays, Wednesdays and Fridays for most of the day.

How much time per day do you spend on your writing? Six or more hours on the days I set aside. That’s not counting evenings when I read manuscript.

What has been the most surprising reaction to something you’ve written? Probably the reviewer who decided that I wrote “liberal” epic fantasy because my royal characters were concerned about whether or not their people were starving and oppressed. I guess that critic never heard of the concept of “enlightened monarchy.”

How do you deal with rejection and/or negative reviews? I try to think through the comment objectively to see if there is a legitimate problem or something I can learn. If so, I take instruction from it.  If it’s just a difference of opinion, or the fact that I didn’t write the book the way that person thinks they would have written it if they had been the author, then I try to let it go.

Please let us know where your readers can find you:

ICE FORGED: Condemned as a murderer for killing the man who dishonored his sister, Blaine “Mick” McFadden has spent the last six years in Velant, a penal colony in the frigid northern wastelands of Edgeland. Harsh military discipline and the oppressive magic of the governor’s mages keep a fragile peace as colonists struggle against a hostile environment. But the supply ships from Dondareth have stopped coming, boding ill for the kingdom that banished the colonists.

Now, McFadden and the people of Velant decide their fate. They can remain in their icy prison, removed from the devastation of the outside world, but facing a subsistence-level existence, or they can return to the ruins of the kingdom that they once called home. Either way, destruction lies ahead…

Permanent link to this article: https://twfendley.com/brop-interview-gail-z-martin/