Welcome to this week’s Blog Ring of Power guest, Ellen Larson. After 20 years working as a substantive editor in Egypt and the US, Ellen was recently named editor of The Poisoned Pencil, the YA mystery imprint of Poisoned Pen Press. Ellen, who lives in an off-grid cabin, also writes. Her fiction has appeared in Yankee Magazine, Bloodroot Literary Magazine, Alfred Hitchcock’s Mystery Magazine (Barry Award finalist), and Big Pulp. Her dystopian mystery, IN RETROSPECT (Gale-Cengage, Five Star), will be out December 2013.

Don’t miss the rest of Ellen’s BRoP interview at:

How do you balance writing with other aspects of your life?  I don’t. And I don’t write enough. Generally I have to shut out all other aspects of life and do nothing but write for long stretches of time. Because I am self-employed, I can do that (I tell my clients I’m not accepting work for this month or that summer, for example). It used to bug me to have to answer the phone when the writing fit was on me (and it really bugged my friends when I didn’t answer my phone), but now that I do most of my communicating via email, I don’t have this problem. I answer emails when I need a break and if I’m not in the mood, I don’t. I rarely answer the phone or emails in the evenings.

When do you write? In the afternoons and evenings, with no preference as to day of the week. As I am self-employed, weekends tend to merge with week days.

How much time per day do you spend on your writing? Not nearly enough

What has been the most surprising reaction to something you’ve written? My first book, titled The Hatch and Brood of Time, came out about twenty years ago. It is a mystery set in Bergen County, New Jersey, which is where I grew up; the protagonist is a newspaper reporter working her way up the ranks. My friend Charlie read the book and send me a praise filled review, which ended with the following caveat: “One thing. New Jersey is full of diners, but there weren’t enough in this book.” (Please note that there were no fewer than three diners mentioned in the book. Hey, I said I grew up in New Jersey.)

What is the strongest criticism you’ve ever received as an author? The best compliment? I get a lot of both strong negative criticism and excited compliments, and not so much in the middle. So I’m quite used to getting smacked down. Call it pride, but a lot of the negative comments say more about the commenter than they do about my writing. For example, when my first short story was published in Yankee Magazine, I received a piece of racist hate mail in response to a sentence in the story that decried racism. More recently, an amazon.com reviewer for the ABNA contest said that my “constant use of flowery adjectives isn’t friendly to male readers.” For comparison, an agent rejected the same work because he was put off by my “spare, lean, and objective style.” On the positive side, hands down the best compliment I’ve ever received was an editor praising the protagonist of my WIP by saying “She’s such a hero.” In fact, the meaning of the character’s name is “hero,” so this made me feel that I had accomplished my communication goals.

How do you deal with rejection and/or negative reviews? I get pissed off. 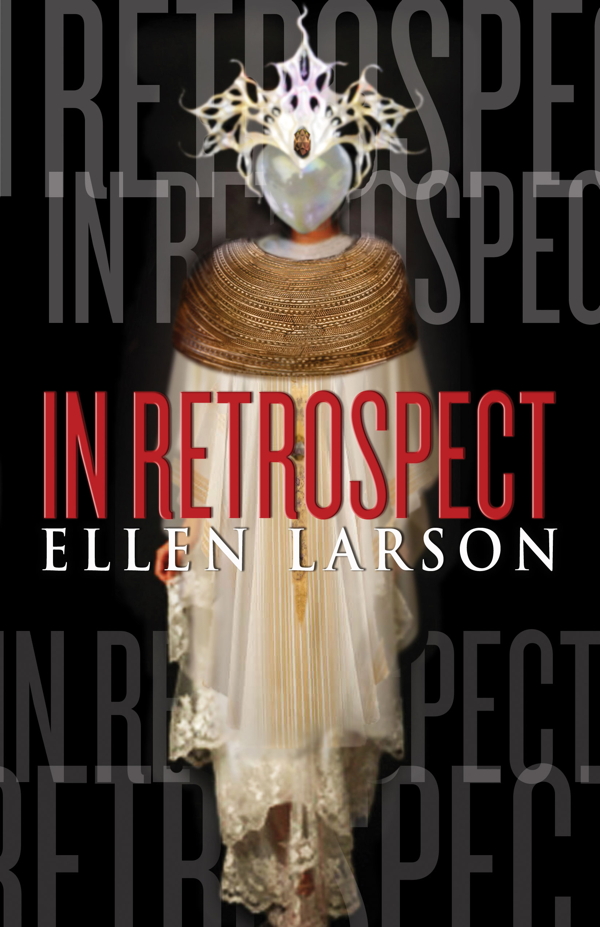 IN RETROSPECT: Former elite operative Merit Rafi suffered during her imprisonment at the end of a devastating war, but the ultimate torment is being forced to investigate a murder she would gladly have committed herself. In the year 3324 the Rasakans have attacked the technologically superior Oku. The war is a stalemate until the Oku commander, General Zane, abruptly surrenders. Merit, a staunch member of the Oku resistance, fights on, but she and her comrades are soon captured. An uneasy peace ensues, but the Rasakans conspire to gain control of the prized Oku time-travel technology. When Zane is murdered, the Rasakans exert control over Merit, the last person on Earth capable of Forensic Retrospection. In Retrospect is a good old-fashioned whodunit set in a compelling post-apocalyptic future

Permanent link to this article: https://twfendley.com/brop-interview-ellen-larson/