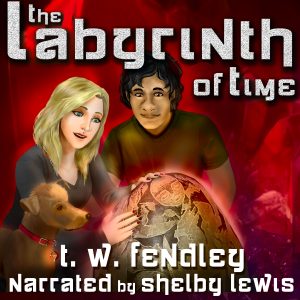 Research is one of the fun things about writing. When I was imagining my young adult novel, The Labyrinth of Time, I became intrigued by the idea of “double blue moons.” In recent times, we generally say the second full moon in a calendar month is a blue moon. A few times each century, you have two blue moons in one year, which is called a double blue moon.

The idea of double blue moons inspired the “prophecy of the Peruvian elders” that’s at the heart of the adventure story in The Labyrinth of Time:

I took some liberties with the “dark moon” reference. There is a total lunar eclipse during this cycle, but it occurred on Jan. 31, 2018, rather than March 30 when the story occurs. And the next total eclipse visible in Ica, Peru, is Jan. 21, 2019, which is not part of a double blue moon pair…and that was too long for Jade and Felix to wait for the comet’s return.

Permanent link to this article: https://twfendley.com/behind-the-labyrinth-of-time-the-second-blue-moon-rises/